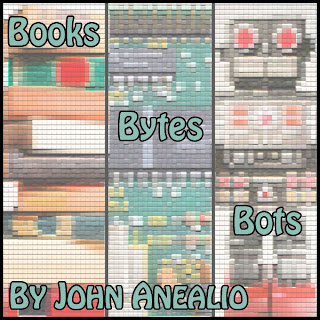 I'm a big fan of George R.R. Martin's "A Song of Ice and Fire" series of fantasy novels. As most people in the SFF community know, the author is long overdue in delivering the next book in the series. Many have criticized the author for being late. Others have defended his needs and desires as an artist and a human being to take as long as he needs to finish the next novel properly.

A few months ago, author Neil Gaiman defended George R.R. Martin in a now famous blog post. To paraphrase; one of Gaiman's readers wrote him to ask if he had the right to feel let down by the fact that George R.R. Martin had yet to finish the next book in the series. Gaiman responded to this question by politely stating that: "George R.R. Martin is not your bitch." I couldn't agree with Neil Gaiman's sentiments more, so much so, that I was inspired to write and record this song, which is sung from Neil Gaiman's point of view.

Special Thanks to Ken Neth who suggested this song's topic in a comment to this interview here.

If you like this song, I have lots of other songs inspired by Science Fiction & Fantasy that you can download for free here.

I hope you enjoy it,
John Anealio

George R.R. Martin is Not Your Bitch
by John Anealio

and this is what I said:

I said: If you think the books are entertaining
it's best to stop complaining
writers just aren't machines

Have you tried Fevre Dream?

Here are some of the tools that I used to record this track.

New comments are not allowed.