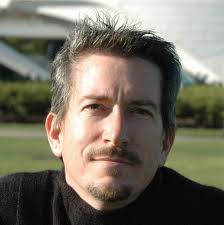 Bradley P. Beaulieu is the epic fantasy author of The Winds of Khalakovo and The Straits of Galahesh, from Night Shade Books. Find out more at www.quillings.com.

When John asked me to stop by and talk about my favorite music, it was fairly open ended. I could interpret it in any way I wanted. What was he thinking? Leaving the details up to the writer?

Well, I thought about it for a while, trying to keep the options in check, and thought that it might be most interesting to talk about the music I've stumbled upon (and liked!) in the past few years. Because let's face it, if I start talking about Soundgarden or The Smashing Pumpkins, bands I loved and still love, chances are you've heard about them already, and if you'd wanted them, well, you would've gone out and (carefully steering my vision away from file sharing) bought them.

The trend today is to buy single songs, and I'm slowly coming around to that, but I'm still old school. I largely buy whole albums, thinking if an artist isn't good enough to put a dozen decent songs together, I don't want to bother. So I'm going to focus on albums I've liked on the whole that have been release in the past two or three years. But! As a nod to the new wave (please ignore music pun) I'll call out the bonus tracks: those songs I think are worth buying on their own even if you don't grab the whole album.

Also, a quick disclaimer: I don't love every single song on these albums. There are in fact a few stinkers. There always are. But on the whole, I think they're pretty good.

Let's face it, the Silversun Pickups are the next generation's Smashing Pumpkins. That said, I love their sound. The grungy guitars, Brian Aubert's sometimes soft, sometimes hard vocals, Nikki Monninger's sweet, counterpoint backups. This is great driving music for me, the kind where you open up the windows and crank the volume and sing along.

You'll notice I've skipped their 2012 release, Neck of the Woods. Why? Because I hate that they moved away from their trademark sound, which I LOVE, and tried to become something they're not. I've heard reports that the new album is worth listening to if I'd only give it a chance, but for now I've only bought the tracks I (sort of) like.

Know what I miss? Some of that originality that cropped up so much in the punk and new wave music back in the 80s. That's what this band was for me when I came across them, something new. And I don't mean they're part of the 80s revival. They're no sister-band to the Killers or Franz Ferdinand. They're an experimental new group that make some bold choices with their songs. They're distinctive, catchy, moody. Well worth giving a try.

They have a few videos that I really enjoyed:

Note that their slightly newer album, Ceremonials, is also quite good, but I slightly prefer Lungs (perhaps because I heard it first and fell in love with their sound while listening to that first album). This is is a strong band overall, but there's no doubt that they live and die by their lead singer, Florence Welch. What great command she has. What range. I get a bit annoyed when people say that a singer's voice is an instrument, because mostly it's not true, but with Florence, it absolutely applies.

The lead singer and front man for this band, Mark Foster, used to work on jingles to pay the bills while he pursued his music career in Hollywood. It shows in his music. And I mean that in a good way. Their songs are catchy and inventive. They use eletronica heavily, but they also use live percussion, especially while on tour. I love the way Foster mixes odd sounds into the music to enhance the experience. Each song defied my expectations in different ways. All in all, a very solid debut from an exciting new band.

Bonus Track: Pumped Up Kicks (though it was a near tie with Call It What You Want and Houdini)

Remember when I said there were a few stinkers on these albums? Well, not on this one. Every song is brilliant, brilliant, brilliant. And this is a brilliant band. Wonderful gritty vocals, inventive melodies, bright instrumentation. And the lyrics! I defy you to name a band in the past decade with more heartfelt, emotional lyrics. I defy you! Ok, I admit, their trademark, evocative delivery is part of the story here, but isn't that always true? They're the whole package. A wonderful band from which I look forward to buying many, many albums over the years.