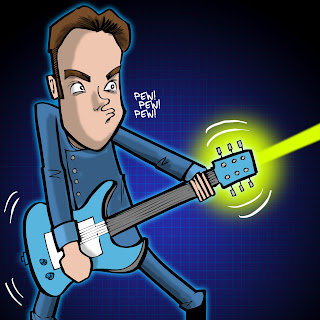 My new album is coming out on September 18th and I don't have a title for it yet!

I decided to enlist the help of some of my author friends.  Each one of them looked at the artwork and track list and offered a title.

Now I need your help.  Take a look at the titles below and choose your favorite:


Vote by writing your favorite title in the comments below, e-mailing me at 27summers@gmail.com or by sending me a message on Twitter or Facebook.  The title with the most votes will win!

By voting, you're also entering for a chance to win a digital copy of the album!  I'll randomly pick one of the entries from the comments, e-mails, tweets or facebook messages.  Good luck!


Chris F. Holm is a pulp writer whose work has appeared in such publications as Ellery Queen’s Mystery Magazine, Alfred Hitchcock's Mystery Magazine, and THE BEST AMERICAN MYSTERY STORIES 2011. He’s been an Anthony Award nominee, a Derringer Award finalist, and a Spinetingler Award winner. His Collector novels, DEAD HARVEST and THE WRONG GOODBYE, recast the battle between heaven and hell as Golden Era crime pulp.

Paul S. Kemp: Fictioneer.  Latest novel is THE HAMMER AND THE BLADE, a sword and sorcery yarn featuring Egil and Nix, from Angry Robot Books.

Robert Jackson Bennett‘s 2010 debut Mr. Shivers won the Shirley Jackson award as well as the Sydney J Bounds Newcomer Award. His second novel, The Company Man, won a Special Citation of Excellence from the Philip K Dick Award, as well as an Edgar Award for Best Paperback Original. His third novel, The Troupe, is out now to wide acclaim.

Chuck Wendig is equal parts novelist, screenwriter, and game designer. He is the author of the novels DOUBLE DEAD, BLACKBIRDS, and MOCKINGBIRD. In addition, he's got a metric boatload of writing-related e-books available, including the popular 500 WAYS TO BE A BETTER WRITER. He currently lives in the wilds of Pennsyltucky with wife, dog, and newborn progeny.

Mur Lafferty is a 2012 Nominee for the John W. Campbell Award. She's the Podcaster and author of I Should Be Writing, Escape Pod, Playing For Keeps and The Afterlife Series.

Karin Lowachee's first novel WARCHILD won the 2001 Warner Aspect First Novel Contest. Both WARCHILD (2002) and her third novel CAGEBIRD (2005) were finalists for the Philip K. Dick Award. CAGEBIRD won the Prix Aurora Award in 2006 for Best Long-Form Work in English and the Spectrum Award also in 2006. Her second novel BURNDIVE debuted at #7 on the Locus Bestseller List. Her current fantasy novel, THE GASLIGHT DOGS, was published through Orbit Books USA in April 2010.

As a secu­rity con­tractor, gov­ern­ment civilian and mil­i­tary officer, Myke Cole’s career has run the gamut from Coun­tert­er­rorism to Cyber War­fare to Fed­eral Law Enforce­ment. He’s done three tours in Iraq and was recalled to serve during the Deep­water Horizon oil spill.  His military fantasy novel, Control Point is available now through Ace.  Find out more about Myke at mykecole.com


Matt Forbeck has been a full-time creator of award-winning games and fiction since 1989. He designs games and toys and writes novels, short stories, comic books, nonfiction, and computer games for dozens of companies. He has sixteen novels published to date, including the critically acclaimed Amortals.

Posted by Unknown
Email ThisBlogThis!Share to TwitterShare to FacebookShare to Pinterest