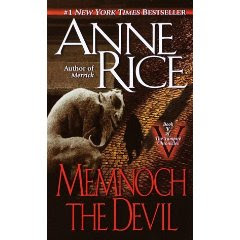 I was so pleased with the results of "Beautiful Vampire" that I decided to use it as the first track on a CD that I released a few years ago. The title of that CD was "Angels and Vampires: Volume I", as there were a few songs that had references to... wait for it... Angels and Vampires. Ed. note: I also mentioned Camaros on a couple of songs, and I originally intended on titling the album "Vampires and Camaros", but was voted down by my friends that did the artwork for the CD. :-) But I digress.

At the time, I had a pretty extensive backlog of songs (I still do). I figured that putting Volume I in the title would pressure me into quickly recording and releasing a Volume II (it didn't work). With that in mind, I thought that it would be a good idea to write a title track called Angels and Vampires.

Carmilla, the female vampire, is once again cast as the main character in this song. This time she is younger, struggling with her existence as a vampire, walking around with artificially blond hair, and working in a coffee shop instead of a bar (what can I say? I used to spend a lot of time in the coffee shops and bars of New Jersey).

Carmilla's antagonist is a modern day version of the angel Gabriel. He shows up at the coffee shop to offer solace to Carmilla, who may or may not be a former angel herself.

I wrote this song a few years ago, but I just recorded it last week. I'm really excited to finally put this song out into the world.

Here are the lyrics:

Her defection and lack of reflection
Gabriel waits through the night

But she's got to find her way home
But it's too late
Here are some of the tools that I used to record the track: