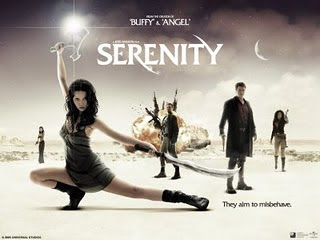 It is quite obvious from the title of this song that the subject of Sci-Fi Song #8 is actress Summer Glau of Firefly and Terminator: The Sarah Connor Chronicles fame. There is a pretty interesting story behind the creation of this song.


The lyrics of "Summer Glau" were penned by John DeNardo of SF Signal. After John was kind enough to put a link to Sci-Fi Songs on SF Signal, I e-mailed him to say thanks. In his response, he jokingly asked if I'd like to take a shot at recording the "Summer Glau Song". This was a set of lyrics that he wrote to the tune of "Summer Breeze" by Seals and Crofts. I didn't have much interest in recording a parody, but I asked him if it would be OK to write an original tune to his lyrics. Here is the result.

I'd like to thank John DeNardo for generously supplying the lyrics that spawned Sci-Fi Song #8.

Here are some of the tools that I used to record the track:
Hope you enjoy it,
John Anealio

See the girl curled up in the cryo
Not a stitch of clothing found in sight
Mal is ticked off wond'rin' 'bout the Doctor
I don't care, cause I'm feeling alright

See the tree branch lying on the cold deck
She picks it up, maybe thinks its fun
Snap us back to now, see the worried crew
Don't look now but River's got a gun

See the angel punching and a kickin'
Not really sure what she could do
She's a weapon, a source of destruction
She's a vital part of Malcolm's crew